A Huge Thank You from Y: Festival 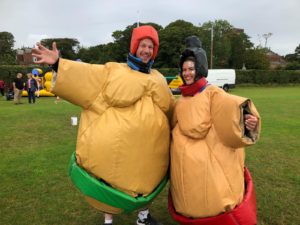 The sudden rain and downpour did not dampen the spirits of people attending Y:Festival at the weekend. Y:Festival was organised by the YMCA at their Seafield Road venue in Lytham.

The free entry event and family fun day was packed with a host of free activities and a mix of local culture. The community certainly came together, and it was great see everyone get moving and really enjoy themselves!

2019 is the YMCA’s landmark 175th anniversary year. Founded in 1844, the YMCA has become the world’s largest and oldest youth movement. The YMCA is now operating in 119 countries, with 64 million people reached annually around the world.

The Y:festival was a celebration of the 175th anniversary where families were entertained by live music and activities, with special guest appearances from superhero characters. 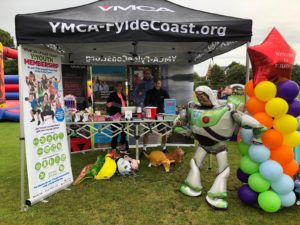 The charity was also raising much needed funds for their Changing Young Lives Appeal, assisting to help and turn around the fortunes of the charity’s YMCA Lakeside site located on the shores of Lake Windermere, Cumbria. Requiring modernisation and innovation the YMCA put in place a daunting yet exciting plan to raise £6.8 million to build a new Youth Groups and Schools facility to replace the South Camp.

Over time an active sub-committee and the YMCA has gained support from philanthropists and funders. Their generosity has brought the YMCA to a position where only £40,000 needs to be raised to reach the final target. However, this remains a challenge as the final amount is required by the end of September. So far the Y:Festival has raised a total of £200 and counting towards the appeal.

Michael Harrison, YMCA Senior Marketing Manager said, “On behalf of the YMCA, we would like to thank everyone who was involved in organising the event on such a special occasion for the YMCA. The support and generosity of the community, local businesses and entrepreneurs helped to make the event a special day and celebration for everyone. Even in such changeable and adverse weather conditions it did not deter our local communities from coming together, getting active and having fun ”